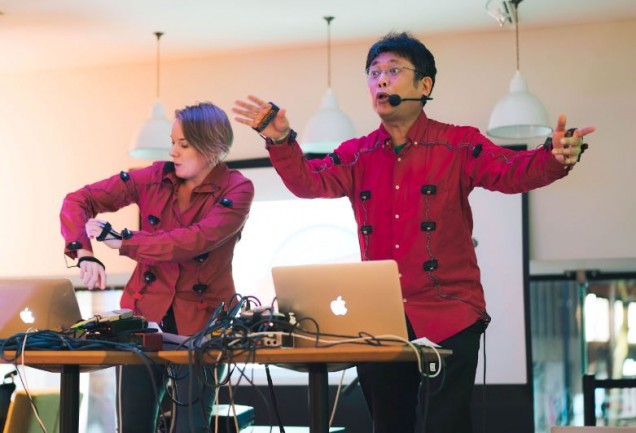 Night of the Voice

Pluto is a planet! & The Night Belongs to Lia

Pluto is a planet!

Tomomi Adachi, the famous sound poet from Pluto and Hannah Silva, his colleague on earth, quibble over the question of whether or not Pluto is a planet. They communicate in the language of Pluto, with infra-red sensors and with a whole array of sound effects. Tomomi’s infra-red shirts allow them to compose with their bodies. If that weren’t enough, there is also a duet with Artificial Intelligence on the programme. Expect a performance that catapults Pluto into the 22nd century.

The Night Belongs to Lia

Lia Sahin describes herself as “your average beatboxing, red-haired, German transgender woman with Turkish roots.” Her performances are always an experience. Lia’s beats and vocal acrobatics draw you into her world.

IN COLLABORATION WITH
Kunstencentrum nona