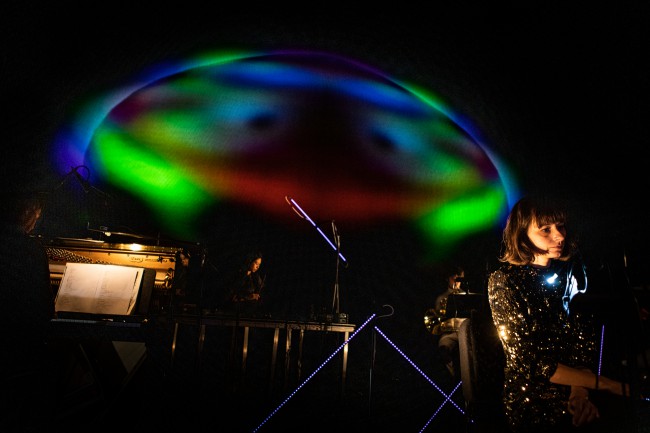 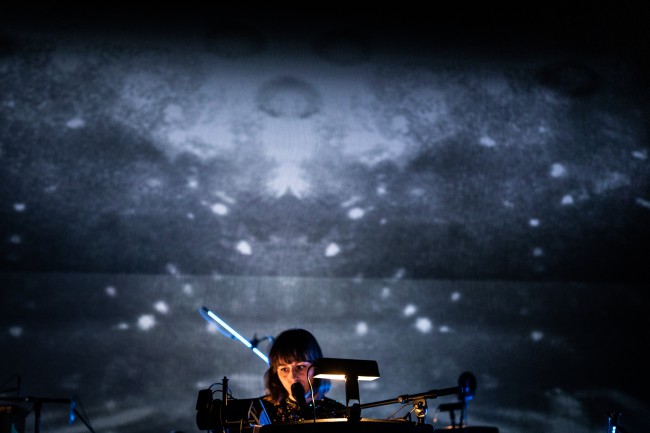 PAST >I ORALE
BTHVN transhumanized

What would happen if there were a United Organization of Organisms, called UOO (uh-oh)
where each species gets one vote?
Would mankind be voted off the planet?
Would we be rejected by the biosphere as a virulent organism?
We are nature,
we are not separate from it
It's a natural gift we have
It is just
Recalling it
It is just
Reclaiming it
It is just
Re-enchanting it

(Text by Birsen Uçar for PAST >| ORALE)

The transdisciplinary performance PAST >I ORALE, a collaboration between Zefiro Torna and SEADS, links Beethoven to the theme of nature versus man, society and science.

PAST >I ORALE is designed as an utopian ecosystem in which humans, micro-organisms and technology enter into a symbiotic relationship. Musical motifs from Beethoven’s famous Sixth ‘Pastoral’ Symphony form the building blocks of new compositions. Songs from the cycle An die ferne Geliebte or fragments from the 5th Cello Sonata mutate and are accompanied by ambient music, sound art, spoken word and alternative pop music.

Sound shapes an ecology of microscopic life forms: sound frequencies and musical patterns influence the conditions in which this living matter finds itself. This hidden world becomes visible to the audience and performers through microscopic image capture and projection. The result is an eccentric biotope in which hybrid sounds transport the listener / observer ‘im glückliche Fahrt’ to a new time and space.

The documentary highlights the relationship between man and nature, art and science, through the eyes of five characters. Professor of biology Bart van de Vijver talks about his passion for wondrous micro-organisms and his quest for knowledge. In addition, four creators from different branches of art (bio-artist Pieter Steyaert, pianist Frederik Croene, singer/ecophilosopher Birsen Uçar and lute player Jurgen De bruyn) consider their position as an artist in a precarious time context. The music from PAST >| ORALE - a wonderful mix of Beethoven, ambient, sound art, alternative pop and spoken word - resonates as a soundtrack.

The documentary will be screened from 15 June at 8 pm until 13 July 2021 via the link below: www.zefirotorna.be/docupastorale