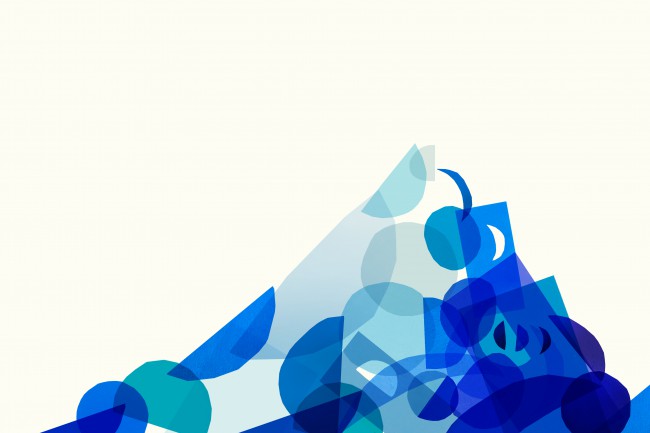 It will come as no surprise that people sing a song about the moon now and then in Mechelen, the city of the Maneblussers, the people who tried to extinguish the moon. But a song about a mountain? Actually Mechelen really does have its own mountain, and what a magnificent mountain it is: the composer Philippus de Monte, or ‘Philip of the Mountain’ in English. Even in his own time, he was known as the Prince of Music. De Monte lived to see most of the 16th century: born in Mechelen in 1521, it would be 82 years before he breathed his last in Prague. As a singer trained at St. Rumbold's Cathedral, he would work in Naples, Rome and London before ultimately becoming the Kapellmeister to two Habsburg emperors, Maximilian II and Rudolf II, at the courts of Vienna and Prague. Besides fulfilling these eminent roles, he was known as an amiable and modest man: a musical scion that his home city can be more than proud of. 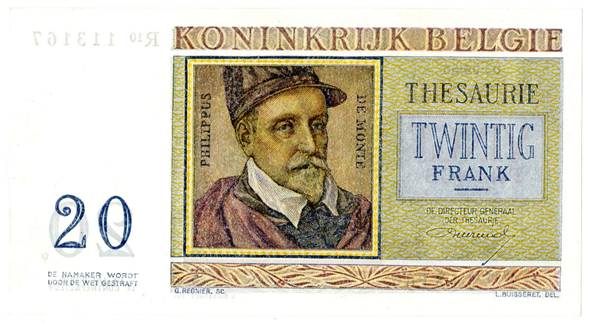 Philippus De Monte was depicted on the 20-franc bank note from 1950 to 1964. On the other side was a picture of Orlandus Lassus.

Five hundred years after his birth, Lunalia, the Festival of Flanders Mechelen, is celebrating the last of the Flemish Polyphonists. The festival will feature leading ensembles including Graindelavoix, Ratas del Viejo Mundo and the Vlaams Radiokoor (Flemish Radio Choir), who will be tackling some of De Monte’s compositions from among the more than 1600 works that have been passed down to us. It will be a remarkable new encounter with this refined composer.

Besides the Mountain of Mechelen, the famous Mount Fuji in Japan also features in the festival’s new production U ki yo E. Another remarkable première is They have wiaited long enough. The composers Annelies Van Parys, Calliope Tsoupaki and Aftab Darvishi were asked to compose new work on the figures of Medea, Penelope and Circe respectively. None other than the writers Natalie Haynes and Gaea Schoeters guide the project in the right direction.

Our artist in residence in 2021 is the lute player Floris De Rycker. He is the driving force behind Ratas del Viejo Mundo and Sub†ilior, but he can also be heard in the digital full moon meeting of Lunalia.

We are pleased and honored that Graindelavoix and Ratas del viejo Mundo, among others, took up the challenge to revive De Monte's oeuvre. But before the music sounds, this brochure is a first step towards putting Mechelen's greatest musical son in the spotlight. We hope that she will find her way to your library and your listening heart and will not end up in the trash. The two new texts by Peter Van Heyghen and Björn Schmelzer provide an immensely fascinating insight into the world of Philippus de Monte. Both ask themselves the question of the relevance of his music in his and our time. Their answers may make you want to (re) discover this composer with us. We would like to welcome you for this discovery during Lunalia, from April 24 to May 8 in Mechelen.

You can read the brochure digitally here. Would you like to receive a copy of the brochure in your letterbox? E-mail your address to mechelen@festival.be.

The Song of the Mountain and the Moon has become Lunalia’s motto in 2021.
Let’s climb the mountain together to hear the song even better in the moonlight.

LUNALIA 2021 is a digital festival. View the concerts on lunalia.be and evilpenguintv.com. Some concerts can be heard on radio Klara, klara.be and the free Klara app. All digital activities are free. If there are still opportunities to admit public for concerts in May, we will report this soon.